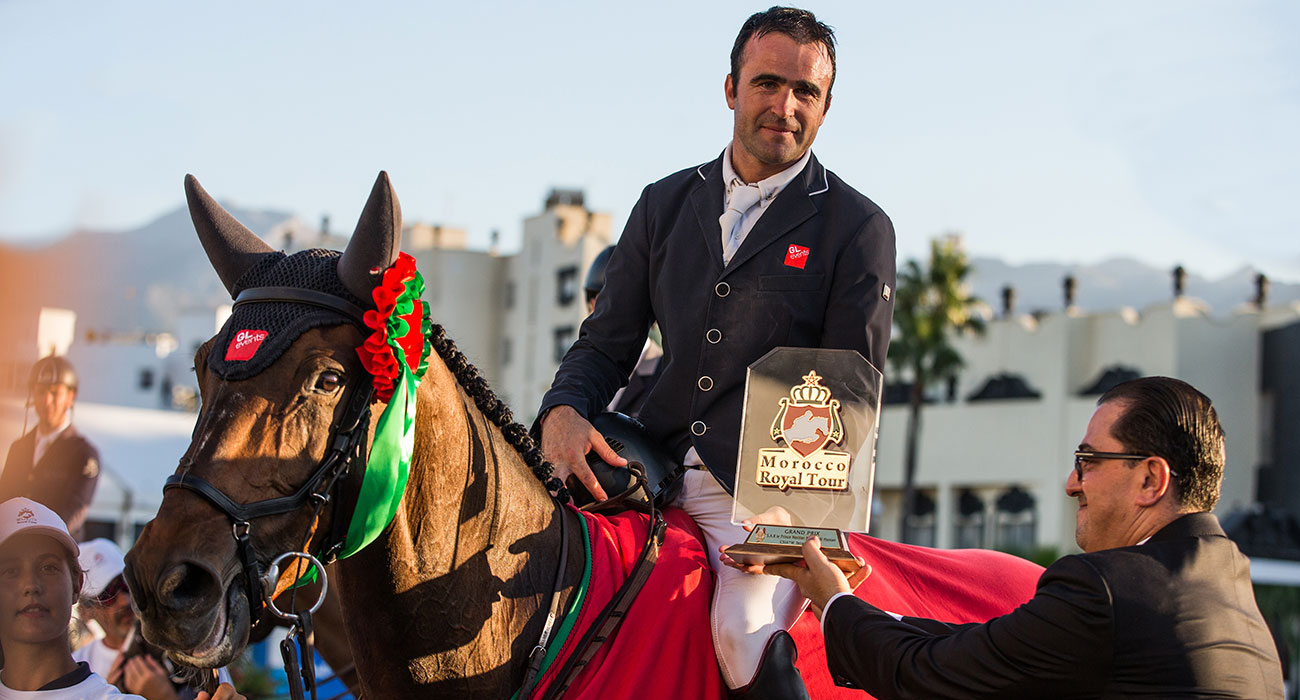 The first Grand Prix of the Morocco Royal Tour circuit was taking place in the arena “La Hipica” in Tetouan where the winner was Olivier Perreau, the French rider. Amount “Events Venizia D’Aiguilly”, the Frenchman won the first stage after having completed a clear round in 45sec14 / 100th. He beat his compatriot Emeric George who completed the circuit in 46sec65 / 100 (clear) on the horse “Chopin des Hayettes”. The third position went to the Brazilian Felipe Amaral, riding “Premiere Carthoes” who achieved a time of 49sec08 / 100 (clear), while the fourth place was won by the Jordanian Ahmed Mansour, riding “Estoril De Vardag” and author of a time of 58sec10 / 100 with three penalty points. For his part, Frenchman Tony Cadet, riding “Uppsala Del Cabalero”, finished fifth after a run in 44sec84 / 100 with 4 penalty points.

The edition had more than 68 riders participating in the competition and was also marked by the participation of the best riders from national clubs under the aegis of the Royal Moroccan Federation of Equestrian Sports (FRMSE), in addition to international riders who won world Olympic prizes.

We leave the superb installations of the Royal Guard to reach the capital, Rabat. The Rabat stage, from October 10 to 13, is held in the facilities of the Royal Moroccan Equestrian Sports Federation, technically flawless with night events including the 4 * Grand Prix on Friday. The flagship event will be the Nations Cup, scheduled for Sunday afternoon.

The last stage of El Jadida, from October 17 to 20, is run indoors and offers a sports program similar to that of Tetouan. It also allows you to discover the Moroccan Horse Show, undoubtedly the most important on the continent.