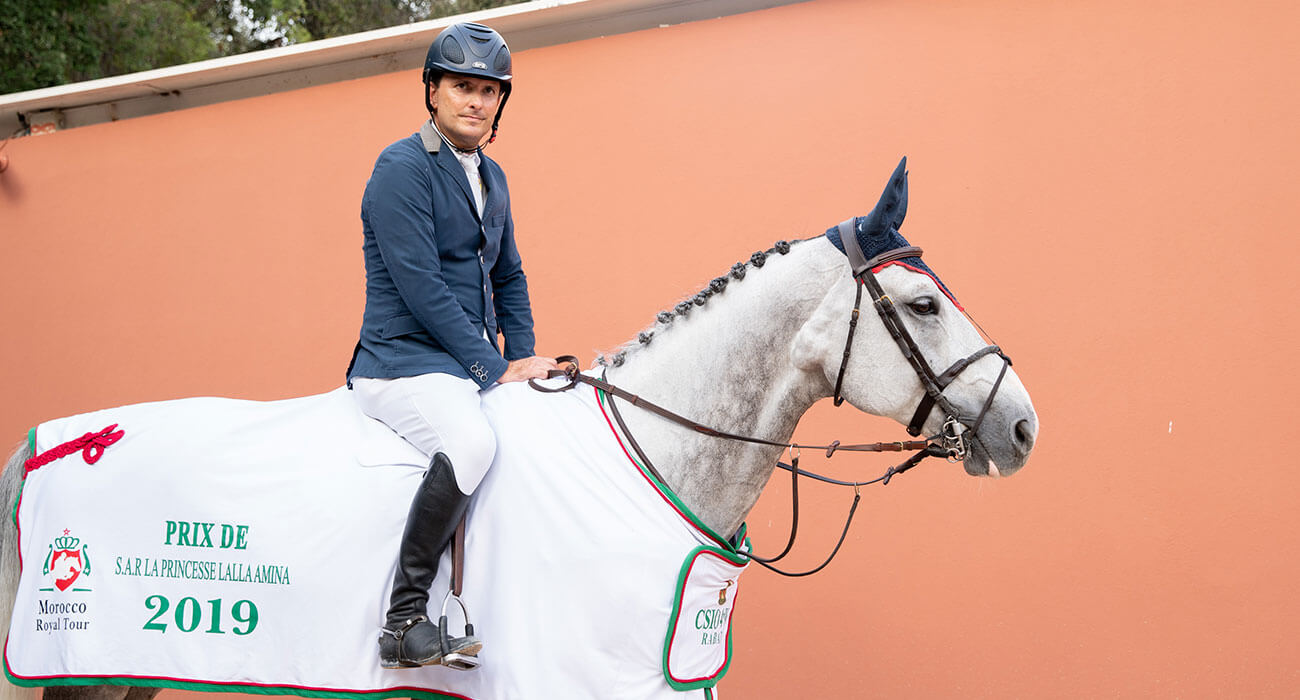 The late Her Royal Highness Lalla Amina prize, second leg of the Morocco Royal Tour was the most important individual competition of the event, the CSIO4* of Rabat. The format of the event was run on the scale of a Grand Prix in two rounds. They were sixty-six riders on the startlist for the first round and only seventeen for the decisive second round designed by the reknown course designer, Alan Wase. The Irishman is a regular personality in the sunny circuits since he was the won designing classes during the Palm Beach Masters Serties last winter.

This competition had the participation of five continents represented and the victory was ultimately a battle between the two most distant lands of Morocco: Brazil and New Zealand, arbitrated by the Kingdom of Saudi Arabia. Indeed, the Brazilian rider, Bernardo Alves won the Grand Prix, associated to his Belgian horse, El Torreo de Muze. They achieved a double clear round in 40 sec 47/100. He was followed by one of the fastest riders of the circuit, Abdullah Alsharbatly who came in second place with only 45/100th more.

The top two Arab nations ranked will qualify for the Olympic Games in Tokyo.